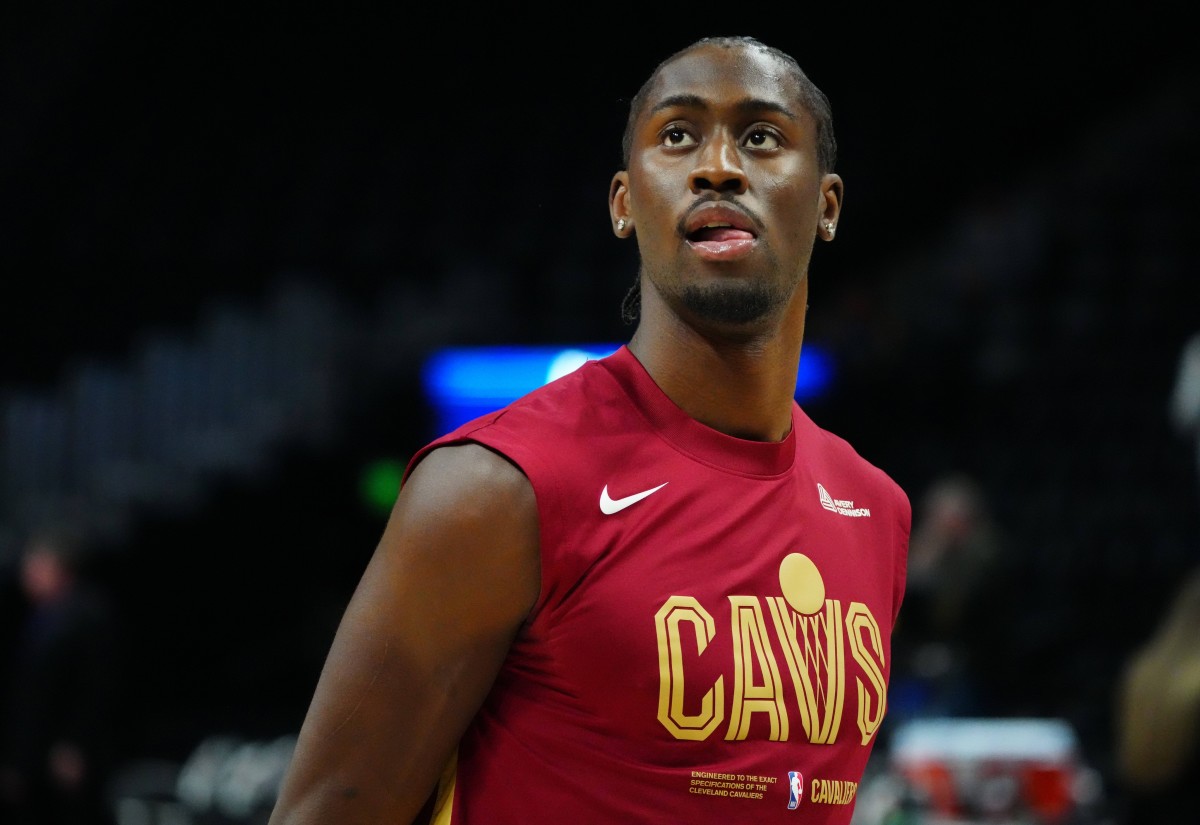 Trading for Donovan Mitchell this past offseason has looked like a brilliant move by the Cleveland Cavaliers not only for their short-term future, but their long-term future as well.

Mitchell has been a terrific fit in the backcourt alongside Darius Garland and now looking at this team’s “core four” of Donovan Michell, Darius Garland, Jarrett Allen and Evan Mobley, this group will be together for the foreseeable future given that they are all under contract through the 2024-25 season.

At 29-19 on the season, Cleveland is currently within striking distance of the 1-seeded Boston Celtics in the Eastern Conference and they have a chance to be a very special time heading into the second half of the season.

Whether or not Koby Altman and the Cavs’ front-office decide to do anything at the NBA trade deadline in a couple of weeks remains the key question for this franchise, as Cleveland definitely has some areas in which they could improve upon.

They rank just 28th in the league this season in bench points per game and the Cavaliers have had trouble at times finding consistent play from their wing position.

Mitchell and Garland have held things down in the backcourt, as have Allen and Mobley in the frontcourt, but that small forward/wing position has been an area giving the Cavaliers trouble for a few seasons now.

Caris LeVert has not been a bad addition for this team whatsoever and he has provided them with a constant flow of consistency out on the wing, yet this is the area in which Cleveland could look to improve heading towards the deadline.

In the final year of his contract and making $18.7 million, LeVert is the player this franchise could move in order to add another core contributor.

Is this a move that makes sense for the Cavaliers though, especially since they have found early season success?

Appearing in a recent episode of The Fast Break Podcast, Cavaliers beat writer and report Chris Fedor from Cleveland.com talked about this organization’s plans heading into the trade deadline and why trading away LeVert really does not do anything for the Cavaliers as a whole.

“By rule, Cleveland cannot offer a first-round pick, so now you have to look at what else they have to deal with,” Fedor said. “Caris LeVert has an expiring contract and can help a team right now, they have Cedi Osman and they also have future second-round picks, but what kind of piece does this really get you if you are Cleveland? Some of the top names being mentioned in trade rumors right now, I think those guys are a little bit out of Cleveland’s price range and if you look at some of the lesser guys, maybe a different move could make sense, but I just really do not know the answer to that right now.”

In a total of 44 games this season, LeVert has averaged 12.8 points, 4.0 rebounds and 3.7 assists per game while shooting 41.8 percent from the floor and 37.7 percent from three-point range.

Always known to be a consistent offensive player, LeVert has fit into the secondary role the Cavaliers have wanted him in, but the key question is whether or not they can move him for a better fit of higher or equal to value at the deadline.

“The Cavaliers understand that the wing spot is a weak point on this roster, there is no doubt about that,” Fedor went on to say. “Cleveland understands this is a weak point for them, but they are not just going to trade Caris LeVert for anybody. He gets about 30 minutes a night, J.B. Bickerstaff trusts him, he brings two-way ability and even though he is not the ideal fit for this team, he has found a way to make a positive impact.

Addressing the needs they have on the wing will absolutely be something the Cavaliers take a look at heading into the offseason with LeVert becoming a free agent, but at this time, it does not appear as if Cleveland will be moving him just for the sake of making a trade.

The Cavaliers’ front-office has made all of the right moves through the years and while they are having a terrific season this year, the goal of this franchise is to be a sustainable championship contender for many seasons to come.

As a result, any significant roster changes the Cavs may make will very likely occur in the offseason rather than at this season’s trade deadline.

Be sure to catch up on the newest episode of The Fast Break Podcast hosted by Fastbreak’s own Brett Siegel!

Streaming on Apple Podcasts and Spotify, The Fast Break Podcast takes you inside the league with the latest news, intel, rumors and interviews from those close to the action for all 30 teams. Be on the lookout for a new episodes every Friday.