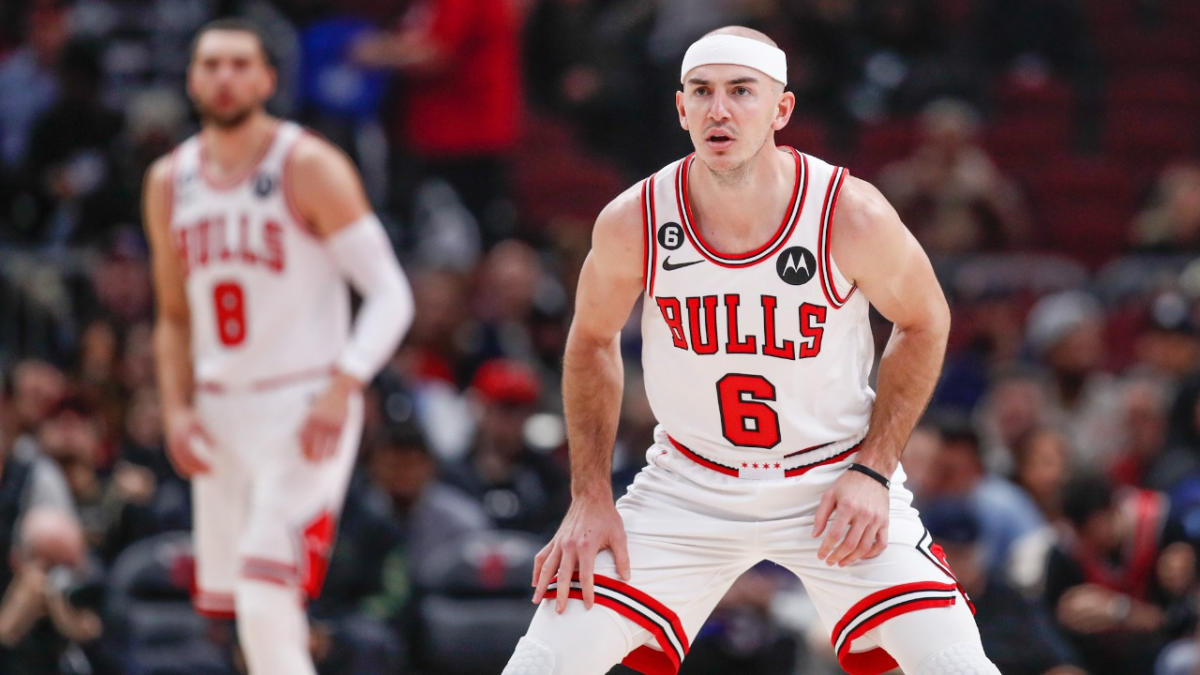 As far back as training camp, coach Billy Donovan prioritized doing everything he could to help keep such a vital cog to the Chicago Bulls’ fortunes healthy.

Obviously, Donovan can’t prevent flagrant fouls like the one that Grayson Allen delivered last season that fractured Caruso’s right wrist and cost him two months and 22 games. But in a nod to Caruso’s consistent go-for-broke playing style, Donovan has dropped his minutes from 28 per game to 24.4 per game.

Add in Caruso’s offseason emphasis on adding muscle to his lower extremities and back to prepare for this season and the plan is largely working to this point.

After missing those 22 games to his wrist fracture, two games to right hamstring soreness, 13 more to a left foot sprain and a stint in health and safety protocols and three games to back spasms last season, Caruso only has missed one game to a low back contusion and three to a sprained shoulder and concussion.

“I feel good,” Caruso said. “Anything that’s hurting right now is not out of the ordinary for anybody else in the league. Shoulder feels just about 100 percent from the last time we played Atlanta. Head is good. Knees are good. Feet are good. Hands are a little beat up, but that’s kind of the NBA. Anybody that doesn’t have a couple sprained thumbs or fat finger at this point of the year probably isn’t playing hard enough.”

Keeping Caruso on the court is a priority for good reason. Of the 15 3-man lineup combinations that have logged 300 or more minutes this season, Caruso is in all five of the ones that have produced a positive net rating.

The five-man unit of Caruso, DeMar DeRozan, Zach LaVine, Nikola Vucevic and Patrick Williams that has logged 176 minutes together is a plus-5.7 in net rating.

“He impacts us in so many ways,” DeRozan said.

Indeed, Caruso ranks second to Toronto’s O.G. Anunoby in deflections per game and total deflections. His deflections-per-36-minutes average of 5.7 leads the league by a wide margin over runner-up Thad Young, who is at 4.7.

“I don’t know if it was an emphasis. Honestly, I don’t really even know what I’m shooting this year,” Caruso said. “I really just try to be focused on the work because the work is undefeated.”

Caruso’s main impact for the Bulls isn’t his offense. But when he’s out there with LaVine, DeRozan and Vucevic, he’s going to get some wide-open looks because of the amount of opposing defensive attention placed on those scorers.

Knocking those down is important.

“I have good teammates that get me open shots,” Caruso said. “Most of it is just about recognizing when you’re going to be open and being prepared before the ball comes to you.”

And being healthy and on the court to shoot it.