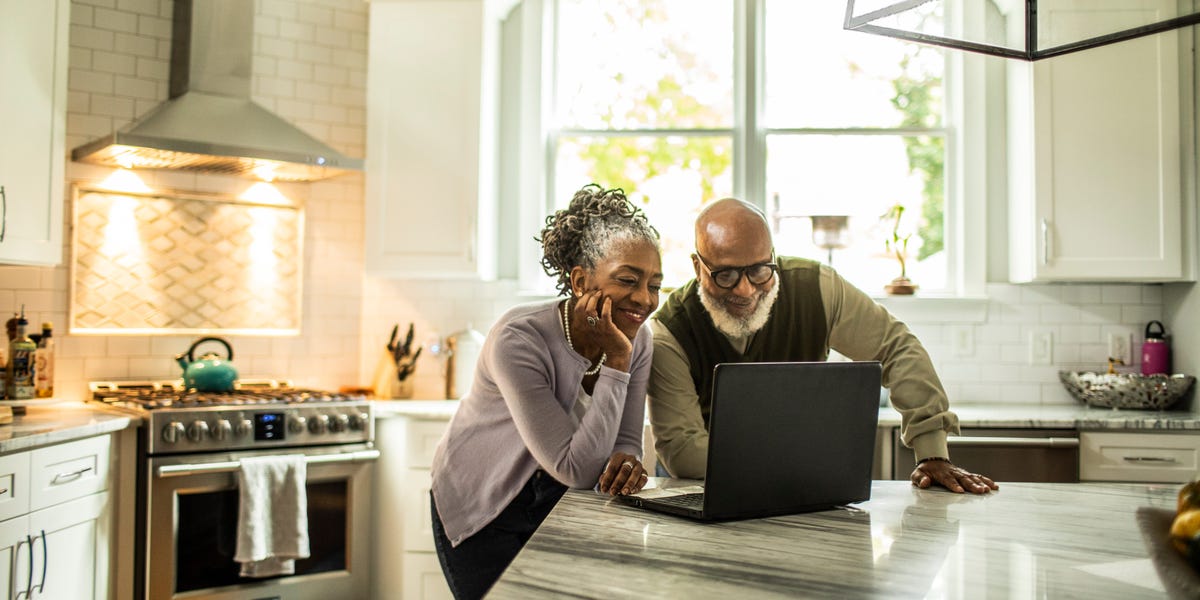 Student debt can be debilitating, leading many borrowers to push off their retirements just to afford their monthly bills. But a new law could help with that.

It’s the recently passed “Secure 2.0” bill, which adds a set of provisions to an original retirement package implemented under the Secure Act of 2019. Amongst other changes, the law provides workers with more retirement savings options, and at the same time, incentivizes workers to re-enter the workforce amid a persistent structural labor shortage.

One of the ways it does that is by allowing employers to contribute to a workers’ retirement fund. Many companies already match 401(k) contributions, but this change would mean that employers can contribute the amount that workers are spending on their student loan payments, Tamara Telesko, Director of Wealth Planning at the Teachers Insurance and Annuity Association of America (TIAA), told Insider.

“Beginning in 2024, employers will be permitted to match student loan payments with a matching contribution,” Telesko said. “So if you’re trying to attract younger people that have a lot of student loan debt, for example, having this in your plan may be very attractive.”

The idea of linking student-loan payments with retirement has been in legislators’ minds for some time now. In September, Sens. Ron Wyden of Oregon and Mike Crapo of Idaho introduced the Enhancing American Retirement Now (EARN) Act, which would help student-loan borrowers save up for retirement.

Specifically, it would allow employers to pay in contributions to borrowers’ 401(k)s, and the payments borrowers make on their student-debt loads would be considered as the contribution amount employers would match.

“Americans deserve dignified retirements after decades of hard work, and our bill is an important step forward,” Wyden said in a statement at the time. “Under our reforms, many more workers would access resources for retirement and see meaningful federal retirement contributions year after year.”

And the new government spending bill Congress recently passed included some funding to do just that — in the bill, employees with student debt would receive matching contributions in their retirement plans by way of repaying their student loans.

Telesko explained that this provision would be a way for people with student debt to build savings, which many can’t.

“What the student would do is pay their student loan off as they did on a monthly basis, and the employer would do a matching contribution into a savings plan for that individual,” she said. “Basically, what’s happening is the employer is starting a retirement plan for that individual, which normally they can’t do because they’re paying off student loans.”

Secure 2.0’s passage comes as President Joe Biden’s broad student-debt relief plan remains in jeopardy, meaning that any legislation for relief is all the more important. The Supreme Court in February is hearing oral arguments on two lawsuits that argued Biden’s plan to cancel up to $20,000 in student debt is unfair and should not be implemented.

Insider has previously spoken to a number of borrowers who view retirement as impossible due to the big debt loads they hold. One 64-year-old borrower, for example, has a $265,000 student-debt load from loans he took out for his children to attend college, and he said he has no idea when he’ll be able to stop working.

“I don’t regret taking them, but I regret not reading closely,” he said. “I was going to do whatever was necessary to get my kids through and get them started in their careers.”

Shanna Bennett, a 37-year-old borrower who had more than $130,000 in student debt last year, currently works as a human resources manager. She told Insider in May that she would consistently encourage employees to take advantage of their own benefits, but that she couldn’t do the same given her high monthly payments.

“Our money should be in the market and growing,” she said. “Some of us have been in debt for 20-plus years, and to not throw money into retirement for all that time is ridiculous.”