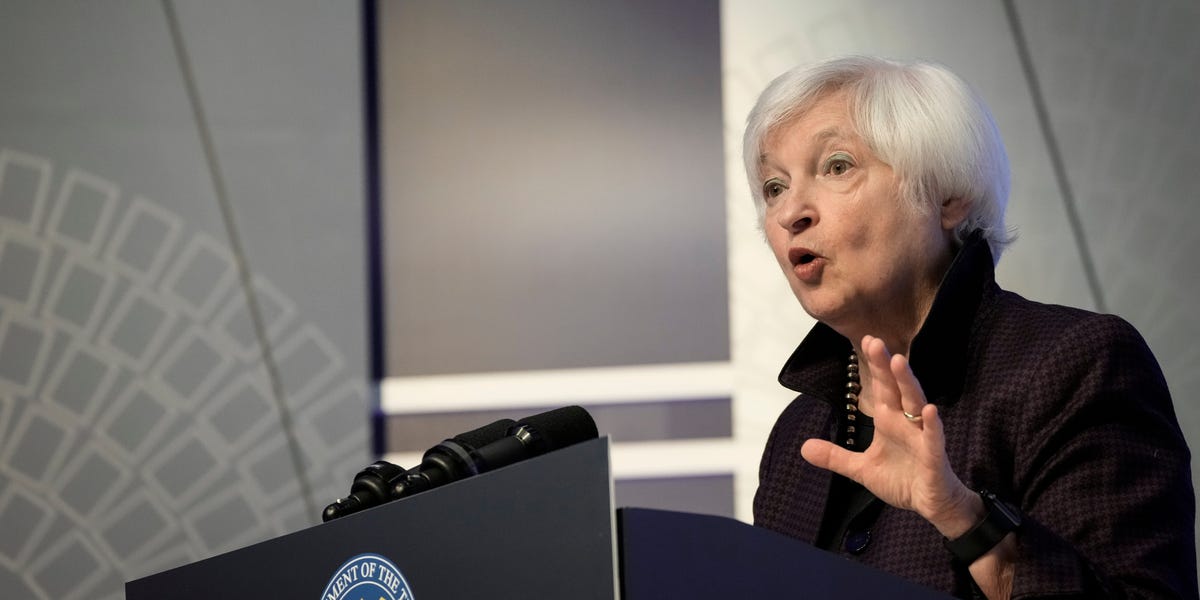 The US hit the $31.4 trillion debt limit set by Congress on Thursday, forcing the Treasury to take “extraordinary measures” to stay out of default and putting pressure on lawmakers to raise the ceiling.

Those measures will last until early June, and Treasury Secretary Janet Yellen warned Congress that “Failure to meet the government’s obligations would cause irreparable harm to the US economy, the livelihoods of all Americans, and global financial stability.”

But while previous political standoffs over the debt limit have eventually resulted in a deal, Wall Street heavyweights have been sounding the alarm on the risk of default in a now-divided Congress with Republicans narrowly controlling the House of Representatives.

Republicans want an agreement to include spending cuts, while the Biden administration remains steadfast against putting any conditions on raising the debt ceiling.

Political dysfunction was a factor when Standard & Poor’s downgraded US debt in 2011, and the GOP’s prolonged battle to agree on a House speaker this month underscored the likely difficulty in reaching a new debt deal.

Here’s what four influential voices on markets think of yet another debt ceiling fight.

The “Dr. Doom” economist pointed out that in the 2011 debt ceiling showdown, the S&P 500 shed 12% from July to August amid grinding negotiations.

“It would be crazy and a total catastrophe for the US,” Roubini told Yahoo Finance. He added that “if you default on the debt, domestic and foreign investors in the private sector are not going to buy your bonds, and you’ll have a spike in interest rates.”

JPMorgan’s CEO said the status of US credit shouldn’t even be up for debate.

“We should never question the credit worthiness of the United States government,” Dimon told CNBC. “That is sacrosanct. It should never happen.”

He added that US debt is the backbone of the world’s financial structure. “This is not something we should be playing games with at all.”

The former Treasury secretary described the fight over the debt ceiling as “potential tragedy as farce.”

“It would be catastrophic and inconceivable for the United States to default. It’s not what anybody serious does,” he said in an interview with Bloomberg TV.

He remains optimistic that a deal will be reached, and said “at the end of the day, we will meet our obligations and not cause substantial disruption.”

Wall Street has “seen this game of chicken before,” the market veteran and president of Yardeni Research told Bloomberg TV, and has always seen politicians reach a last-minute deal.

“If that doesn’t happen this time around, then at that point, I think you’ll see Wall Street rebel and cause a real downturn in the stock market and the bond market and that will get the attention of the politicians and lead to a deal. That’s probably the most likely scenario given the adamant unwillingness to negotiate from the get-go,” Yardeni said.