2022 was a dismal year for investors. Each of the major market indexes fell victim to a bear market. For the year, the Dow Jones Industrial Average fell 8.9%, the S&P 500 tumbled 19.4%, and the Nasdaq Composite fell 33%, marking the trio’s worst combined performance since 2008 during the Great Recession.

Still, there were some notable developments last year that got overshadowed by the downturn. Some well-known companies made their shares more attractive to retail investors by enacting stock splits. The splits didn’t change the intrinsic value of the companies, it just divided each share into smaller pieces that were more affordable. The resulting cheaper stock price attracts smaller investors, who view the less-costly shares as more attainable. 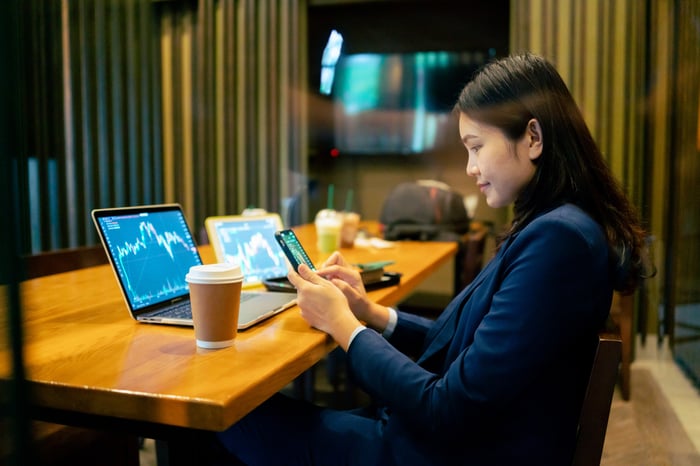 Alphabet (GOOGL 5.34%) (GOOG 5.72%) stock has attracted a lot of attention over the past year, retaining its dominant position as search leader. Alphabet revealed plans for a 20-for-1 stock split in February 2022 and completed the split in mid-July. At its peak in November 2021, investors were paying nearly $3,000 for a single share of Alphabet stock, which can now be had for about $91.

The bear market has pummeled Alphabet stock, which is currently down 35% off its high. This caught the eye of Ray Dalio’s Bridgewater Associates, which has about $150 billion in assets under management, and was one of the top-performing hedge funds of 2022. Bridgewater has amassed a notable position in Alphabet stock, with 1,465,694 shares in a stake value at more than $133 million.

So what attracted Dalio to Alphabet? Alphabet is the undisputed search leader, and while many have tried, rivals have been unable to match the accuracy of Google’s industry-leading algorithms. As a result, the company has a dominant 92% of the worldwide search market. This helps Alphabet fuel its industry-leading digital advertising business, which controls roughly 30% of worldwide online ad spending, according to Digiday.

Given the company’s dominant position in two industries, and its No. 3 position in yet another, the interest from Wall Street gurus is understandable.

However, likely the biggest attraction is that investors can have all this potential at a bargain-basement price. Alphabet stock is currently selling for roughly 4 times sales, its cheapest valuation in nearly a decade.

Plenty of investors are buying up shares of Amazon these days, as the company reigns supreme as the top dog in e-commerce. In a regulatory filing last March, Amazon announced plans for a 20-for-1 stock split, which it concluded in early June. At its peak, investors were forced to shell out more than $3,700 for a single share of Amazon stock, which can now be purchased for roughly $95.

Like many technology stocks, Amazon took it on the chin in 2022, losing roughly half its value over the past year. This fire sale has attracted the attention of quantitative trading firm Renaissance Technologies, which manages $60 billion in assets and is run by Peter Brown. As one of the most successful hedge funds last year, it’s notable that Renaissance loaded up on Amazon stock in the third quarter, buying 3,150,700 shares, in a stake valued at more than $300 million.

So what attracted Brown and Renaissance to Amazon? While most investors focused on the weakness in Amazon’s e-commerce business, many seem to have forgotten the old adage, “this too shall pass.” Once the economy recovers, so too will Amazon’s online retail business.

Furthermore, Amazon’s advertising services and subscription services — both high-margin businesses — grew revenue by 14% and 10%, respectively, during the same period, helping to stem the tide of operating losses.