The tech sector is often a fertile hunting ground for growth investors in search of rapid innovation and disruption. At the same time, value investors are on the lookout for great companies with game-changing ideas, whose long-term plans are easily misunderstood by market makers with a shorter investment horizon. Again, many tech stocks fit that description to a T, especially in lengthy bear markets. Furthermore, tech stocks are typically highly volatile, leading to deeper discounts during downturns.

So both growth hounds and value chasers can find what they’re looking for where Wall Street runs through Silicon Valley. So let’s find a bit of both right now — in a single ticker. When the economy gets back on its feet and kicks off another bull market, you’ll appreciate having bought this stock in the deep-discount sale known as January 2023.

Simply put, I think Roku (ROKU 4.91%) is the best buy on the market these days. I mean, it isn’t a close race. The media-streaming technology expert has lapped the runner-up. If you’re not buying Roku stock right about now, your different world must be very different from mine. We could still be friends, but more like long-distance penpals than tailgating buddies grilling ribs every other Saturday in September.

You see, video streaming is clearly the future of entertainment. That reality has been obvious to me since 2006, when I did a deep dive on the state of the video rental market. Four years later, I had cut the cord on cable TV, relying on streaming services like Netflix (NFLX 8.46%) and YouTube instead. As a movie buff with young children, it was rough going at first, but things got better quickly. Netflix’s catalog grew much more extensive and diverse, soon to be joined by more content from Hulu and Amazon Prime Video.

These days, every media company wants to compete for streaming subscribers. That’s where Roku comes in. As a service-agnostic technology specialist, this company stands to win as long as the media-streaming industry is growing — and it doesn’t matter if Netflix, Disney, or Amazon (AMZN 3.81%) becomes the most popular media portal in the land. All of them need to support the leading viewing platform. In North America, that’s Roku. Global expansion is next on the menu, multiplying the company’s target market many times over. 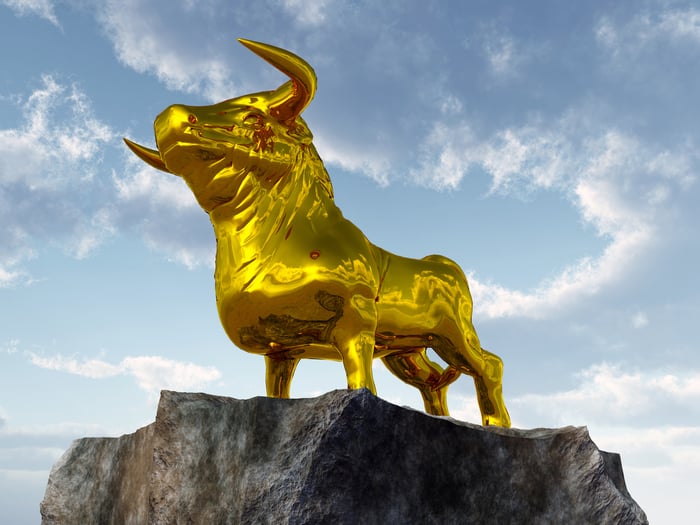 … and a bargain, all in one

So, Roku’s long-term growth prospects are fantastic. On top of the streaming platform market, Roku is digging into video advertising and its own original content, both of which should add substantially to the long-term revenue stream.

However, investors are ignoring that obvious growth story for the long haul, focusing instead on temporary weakness in the digital advertising industry. So Roku’s sales grew by 15% year over year in November’s third-quarter report while the number of active accounts increased by 16% and hours of streaming activity jumped 21% higher.

And Roku’s stock price is down 70% in 52 weeks. It’s a deal, it’s a steal, it’s the sale of the [salty] century. Okay, maybe not of the century, but you get my point. You just don’t see fire sales this thrilling every day.

So now you see why I’m so excited about picking Roku out of Wall Street’s bargain bin. It’s fine if you still don’t agree. Your well-researched opinion is just as valid as mine, and we should all do our own homework. Roku says we could rent Lock, Stock and Two Smoking Barrels from Amazon Prime Video and four other streaming services tonight while analyzing our differences over a pizza.