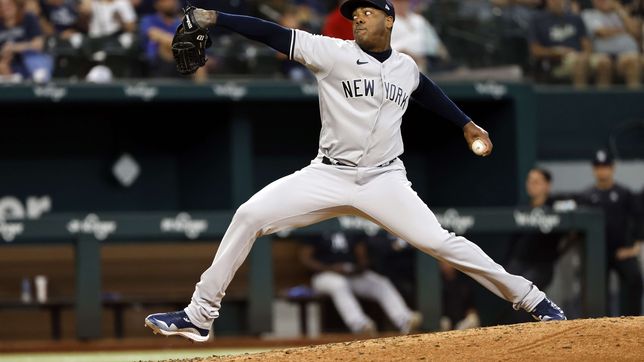 With Aroldis Chapman agreeing a one-year deal with the Kansas City Royals, the free agency market is thinning out. In particular the pitching talent, from solid starters to fireballing relievers, is becoming a very short list indeed.

Chapman’s deal will see him pick up $3.75 million with performance bonuses, and offers a third chance for the pitcher after a domestic violence accusation derailed a move to the Dodgers, before a meltdown in the run up to the ALDS saw the Yankees cut him loose.

With this signing, the mound talent is down to just a few names, and with Trevor Bauer currently the nuclear option around the league, perhaps the best remaining option is Michael Wacha. The lanky 6′6″ throws a nasty sinker in the mid-90s and had a 3.32 ERA last year with the Red Sox, posting 104 Ks over 127.1 innings pitched.

Position Players on the move

Around the league, there have been recent deals that have seen Tommy La Stella head to Seattle on a one-year deal after being DFAd by the Giants, and Raimel Tapia leaves Toronto for Boston.

There are many more options available for teams to deal and some are better than others. For example, it is frankly unbelievable that nobody has snapped up Yuli Gurriel yet. With the Astros reticent to sign a new deal with him despite not having a clear-cut utility player on their roster, you could be forgiven for thinking that he would have been grabbed early on in the off season, but no. There are rumblings that the Guardians might be in the hunt for him, and if they do deal for him, they could be the most solid batting order in baseball.

With the Red Sox losing Xander Bogaerts and Trevor Story, they have a clear need in the middle infield, which makes it all the more notable that Elvis Andrus is still on the market. He may not be the force that he once was, but his defense is still solid and his bat has a sting in the tail.