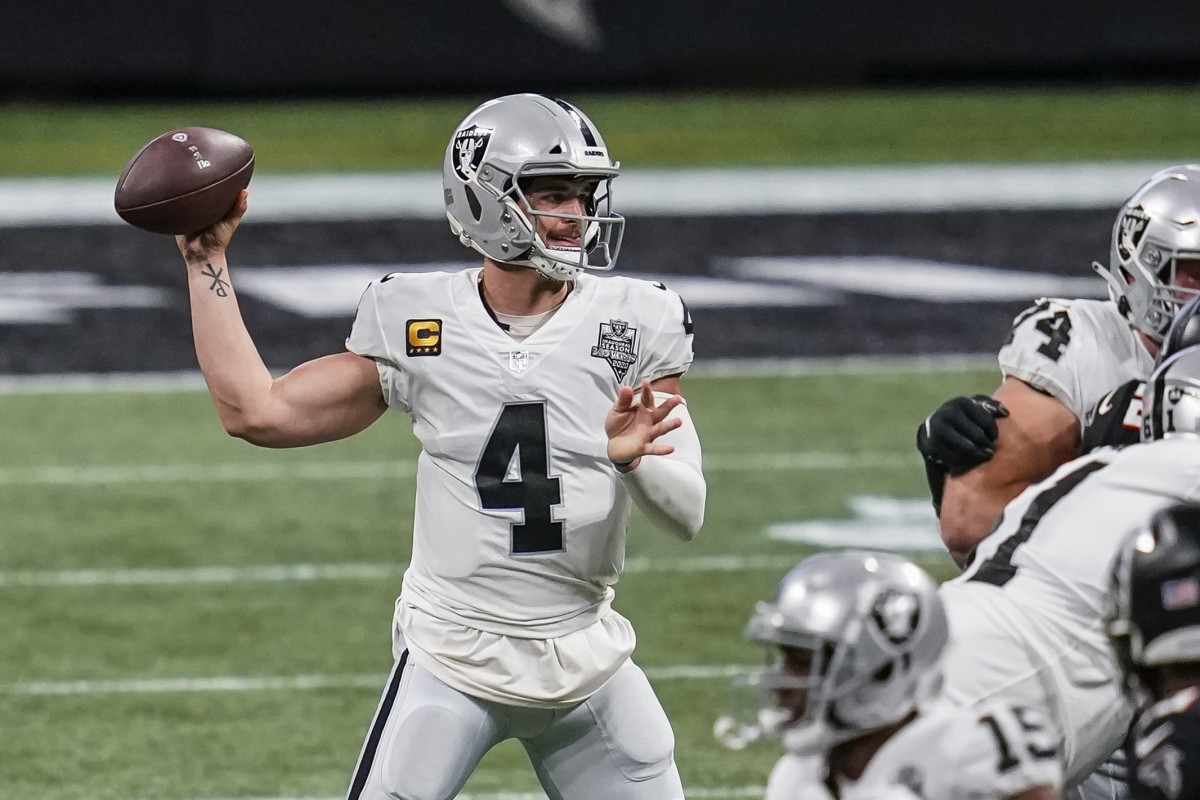 The Atlanta Falcons have become no stranger to drama at the quarterback position over the past year.

From the pursuit of now-Cleveland Browns signal caller Deshaun Watson and subsequent trade of 14-year starter Matt Ryan to the constant dialogue surrounding veteran bridge Marcus Mariota and rookie third-round pick Desmond Ridder, there’s been no shortage of action under center … and that appears set to continue this offseason.

According to ESPN, the Falcons – along with the rest of the NFC South – are “expected to be in the market for a new quarterback.”

Among the biggest names believed to be on the move include Las Vegas Raiders passer Derek Carr and Baltimore Ravens star Lamar Jackson, a former league MVP … though the Ravens’ decision makers are adamant he’ll be back next year.

The report comes just over a week after Falcons coach Arthur Smith failed to commit to Ridder moving forward, stating that there was “a lot of work to be done” – which now seems to mean taking a look at the veteran options available.

Smith and general manager Terry Fontenot are responsible for turning over every stone in order to improve Atlanta’s roster, but the consistent interest in quarterback acquisitions seems to have more substance than simply being due diligence.

Ridder went 73 of 115 (63.5 percent) for 708 yards, two touchdowns and no interceptions across four starts, posting a 2-2 record. Smith said that he was “certainly encouraged” by the progress Ridder made from week-to-week but evidently wasn’t sold enough to leave the market unexamined.

Ultimately, whether the Falcons end up making a splash move remains to be seen – but they’re likely going to be linked with each available quarterback throughout the offseason.

Get your HOTlanta Falcons game tickets from SI Tickets … here!

Want the latest in breaking news and insider information on the Falcons? Click Here.