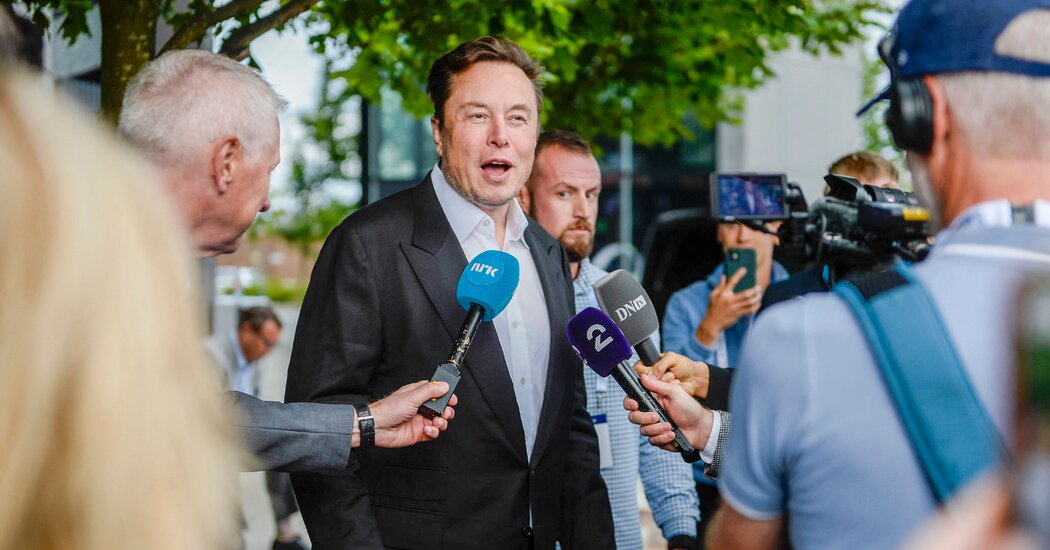 In his testimony, Mr. Musk said he thought Twitter was “the best way to communicate with people,” including “investors, big and small.” He also said he used Twitter to share memes, a comment that drew laughter from some people watching the trial.

Mr. Musk also acknowledged that in July 2018 his associates and friends, including a Tesla director at the time, Antonio Gracias, suggested that he take a break from Twitter. That summer was full of “extreme pains,” Mr. Musk said, because Tesla was struggling to increase production of its most affordable car, the Model 3. Before Mr. Musk talked about taking Tesla private on Twitter, he made a baseless claim that a British diver involved in a cave rescue in Thailand was a “pedo guy.”

When asked whether he heeded their advice, Mr. Musk answered: “I suppose I continued to tweet.”

His posts were closely followed and analyzed by investors and others interested in the company and electric cars.

On the witness stand, Glen Littleton, one of the investors and a plaintiff in the case, said on Wednesday that Mr. Musk’s first statement on Twitter about taking the company private seemed definitive. As a result, Mr. Littleton said he began trading options.

“It was going to pretty much wipe me out,” said Mr. Littleton, 71, referring to Tesla going private. “I wanted to ensure my livelihood. This represented a threat to my livelihood.”

Timothy Fries, another investor and plaintiff in the case, testified on Friday that Mr. Musk’s first statement on Twitter appeared to present a good opportunity to invest in Tesla. He bought shares in the company the next day.

“I wasn’t ready to purchase shares until I saw the tweet,” Mr. Fries said. He thought that the deal was still being negotiated but that Mr. Musk’s post meant “there was a committed party and those funds had been vetted.”