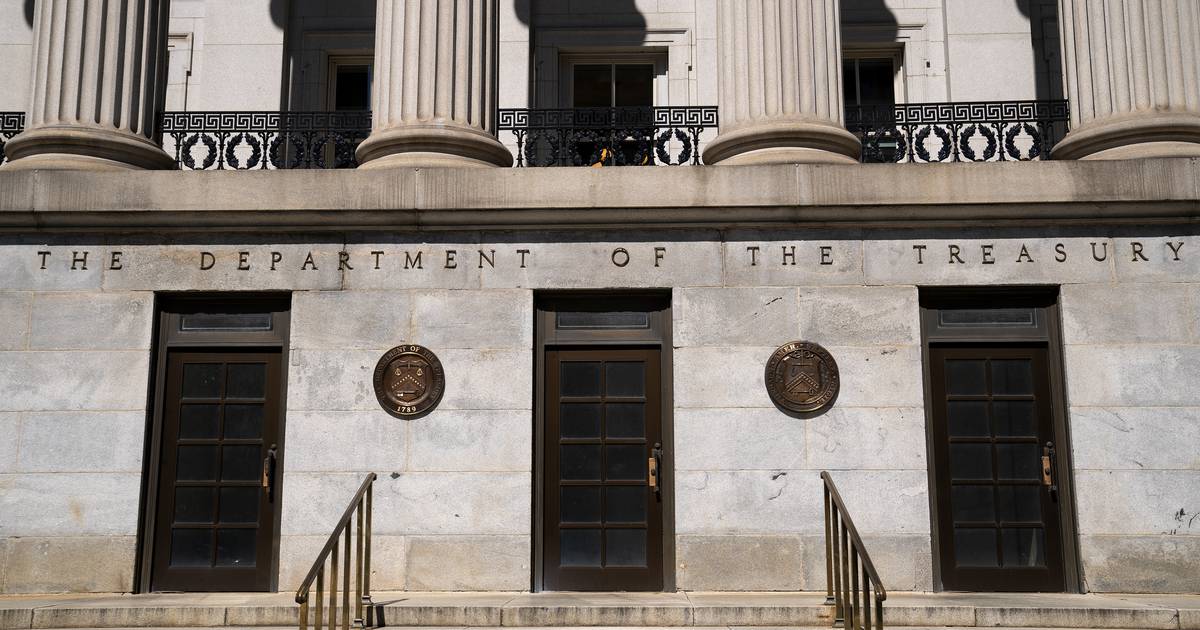 The United States hit a limit this week on how much money it can borrow, forcing the Treasury Department to initiate so-called extraordinary measures to make sure the nation has enough cash to fulfill its financial obligations.

Treasury Secretary Janet Yellen has told lawmakers that those measures will allow the United States to keep paying military salaries, retiree benefits and interest to bondholders through at least early June.

But initiating those extraordinary measures is just the first step in a series of moves that will take place as the Treasury tries to keep the United States from defaulting on its debt. Ultimately, it will be up to Congress to decide whether to let the country borrow more money or allow it to default on its debt by failing to pay investors who expect interest and other payments.

At stake is the fate of the U.S. economy, which could face a financial crisis and fall into a deep recession if lawmakers cannot reach an agreement.

Among the looming questions is when the United States will hit the so-called X-date — the point at which the government can no longer find creative ways to stay beneath the $31.4 trillion debt limit and will need to borrow more money or fail to pay its bills.

The other big question: Will Congress agree to raise the borrowing cap?

So far, House Republicans have vowed to oppose any increase in the debt limit without spending cuts. President Joe Biden has said the debt limit needs to be raised without conditions. That has set up what could be a protracted fight to ensure that the United States does not default on its debt.

Here are some of the key moments to expect over the next few months.

The White House is expected to unveil its annual budget proposal in early March, outlining Biden’s spending priorities. That could serve as an opening bid for any negotiations between the Biden administration and Republicans in Congress, who have been calling for spending cuts and are likely to seize on this document as evidence of what they say is “runaway spending.”

In a letter to Congress on Thursday, Yellen said she was initiating a “debt issuance suspension period” that would last through June 5. As a result, the Treasury Department will no longer be investing funds for certain federal health and retirement plans.

Yellen will most likely send additional letters to lawmakers with updates on how much more time she can buy with those extraordinary measures. She will also outline additional actions the Treasury can take to stay under the $31.4 trillion debt cap.

That could include suspending the daily reinvestment of securities held by the Treasury’s Exchange Stabilization Fund, a bucket of money that can buy and sell currencies and provide financing to foreign governments, or temporarily moving money between government agencies and departments to make payments as they come due.

Congressional action on the debt limit has increasingly waited until after the Treasury Department is close to exhausting its extraordinary measures.

In 2021, the last time the federal government hit the debt ceiling, Senate Republicans and Democrats agreed to a short-term extension of the borrowing cap less than two weeks before a default. Two months later, as the Treasury warned that it could breach the statutory limit on its ability to borrow, Congress gave its final approval to a measure that would raise the debt ceiling by $2.5 trillion.

Such a deal faces tougher odds this time around.

Speaker Kevin McCarthy of California has called on the Biden administration and congressional Democrats to negotiate spending cuts in order to win Republican support in the House for raising the debt limit. “We’ve got to change the way we are spending money wastefully in this country,” he said this month, “and we’re going to make sure that happens.”

Democrats, including Sen. Chuck Schumer of New York, the majority leader, have so far rejected the prospect of negotiations.

Yet Democrats may not be aligned on the need to pass a debt ceiling increase without addressing the budget deficit. Sen. Joe Manchin, D-W.Va., a centrist, has signaled some support for reining in some spending as Congress considers raising the debt limit.

In mapping out the possible avenues for Congress to resolve the impasse over the debt ceiling, officials and aides have raised the possibility of using a procedural tool in the House known as the discharge petition. That scenario could allow rank-and-file Republicans to advance legislation that McCarthy and other Republican leaders in the majority do not support if they align themselves with Democrats.

But while the mechanism “can be used to address several different bottlenecks in the legislative process,” Molly Reynolds, a senior fellow in governance studies at the Brookings Institution, cautioned that “it’s not an especially elegant strategy.”

The process is arduous and politically fraught, given that it undercuts the authority of the House speaker and procedural control of the floor. Lawmakers would have to settle on a measure that has the support of enough Republicans and Democrats — and could secure 60 votes in the Senate — and send that measure to a committee.

Lawmakers must then let the measure sit with the committee for 30 legislative days when the House is in session, a period that could stretch for months depending on the chamber’s schedule. Lawmakers must then collect 218 public signatures on the petition — meaning that at least a handful of Republicans will have to join every Democrat in publicly going against their party leaders.

Once those signatures have been collected, a lawmaker must wait seven additional legislative days before declaring an intent to bring the measure to the House floor for a vote. That formal notice essentially requires the speaker to then schedule a vote within two legislative days.

But because of how long the process drags on and the political implications of Republicans forging a public alliance with Democrats against the majority of their conference, it is far from guaranteed that the parliamentary tool could be used to avoid a default.

It has not been successfully used since 2015, when the House voted to reopen the federal Export-Import Bank, and the Republicans who joined Democrats to back the measure had the implicit support of the departing speaker, John Boehner, just before his resignation. But the threat of momentum behind a petition has often proved to be enough to pressure party leaders to hold votes on legislation they otherwise would not consider.