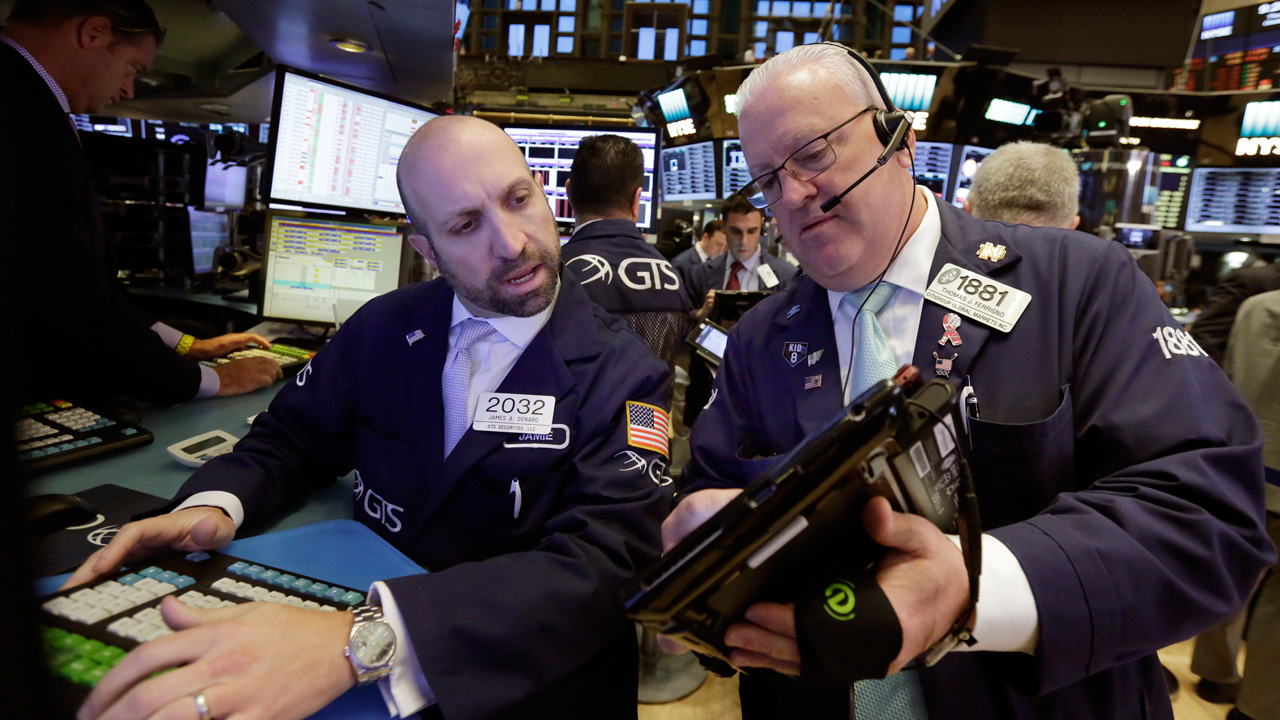 Reed Hastings, founder and co-CEO of Netflix, is relinquishing his title but won’t be far from the streaming giant.

U.S. stocks fell for the third consecutive session as investors digested mixed corporate earnings and weaker data on future homebuilding. In commodities, oil rose 1% to $80.33 per barrel after encouraging data coming out of China.

Home Depot, Caterpillar and 3M led the drop which pushed the Dow into negative territory for the year. UnitedHealth and Merck held onto gains.

Mortgage rates have fallen to the lowest level since September.

The maker of Tide detergent, Gillette razors and Dawn dish washing detergent raised prices during the past few months and plans even more.

U.S. stocks fell for a second straight day as corporate job cuts mount stoking fears about the depth of the recession. WeWork joined Amazon and Microsoft in announcing layoffs.

Procter & Gamble shares slipped after executives remained cautious on inflation and the global economy during the consumer giant’s earnings call.

In commodities, oil rose nearly 1% to the $80 per barrel level.

Recent layoffs may signal a recalibration of the U.S. labor market.

Workforce solutions company ManpowerGroup recently found in its latest Employment Outlook Survey that the industries with the strongest hiring outlooks in the U.S. for the first quarter of 2023 were information technology, finance and real estate.

For the first quarter, the IT industry in the U.S. had the “strongest Outlook for this industry worldwide,” coming in at +52%, according to the survey. Finance and real estate industry employers expressed a +34% outlook regarding growing their headcounts.

Meanwhile, the three industries in the U.S.
with the “weakest outlooks” for hiring were: communication services; consumer goods and services; and transport, logistics and automotive, according to ManpowerGroup’s survey.

The federal government officially reached its $31.38 trillion debt limit on Thursday, prompting the Treasury Department to begin using its “extraordinary measures” to avoid defaulting on the national debt for the next few months.

Treasury Secretary Janet Yellen
announced in a letter to Congress last week that the U.S. would reach the debt limit on Jan. 19 and that her agency would have to deploy two of the four extraordinary measures at its disposal to continue to make payments on the debt and avoid default.

In the afternoon the spotlight will turn to Netflix. The streaming giant is the first of the big-cap consumer/tech titans out with October-December results.

Subscriber numbers will be the big focus, as always. Analysts are predicting net subscriber additions of 4.568 million, just slightly above Netflix’s own forecast of 4.5 million.

The Labor Department will tell us how many new jobless claims were filed last week. Expectations are for 214,000, up from 205,000 the previous week, which was the lowest since September.

Continuing claims, which track the total number of workers collecting unemployment benefits, are expected to edge up to 1.66 million after falling the previous two weeks.

The Commerce Department is expected to say that the number of new homes under construction in December fell nearly 5% to a seasonally adjusted annual rate of 1.359 million. That would be the lowest since June 2020 as rapidly rising mortgage rates and high prices continued to dampen demand for housing.

Permits for future construction, a good gauge of upcoming housing activity, are anticipated to rise 1.4% to 1.37 million in December.

The report follows a surprise jump in the NAHB’s housing market index this month, though it remains at a depressed level. On Friday, watch for existing home sales for December.

The Philadelphia Federal Reserve is out with its index of manufacturing activity for eastern Pennsylvania, southern New Jersey, and Delaware. It’s expected to inch up to -11.0 in January, remaining in contraction for a fifth month.

United Airlines chief has a warning for travelers

One airline CEO is warning travelers that other carriers won’t be able to handle all the flights they plan to operate this year.

United Airlines chief Scott Kirby said airlines that operate as if this is still 2019, before the pandemic, are bound to struggle.

According to Kirby, the industry has a shortage of pilots and other workers, outdated technology and strain on the Federal Aviation Administration.

Oil down more than 1% on bearish US data

Oil futures fell as much as $1 on Thursday over recession fears as a sharp decline in U.S. retail sales and manufacturing output muddied the outlook for demand.

U.S. December retail sales fell by the most in a year, putting consumer spending and the overall economy on a weaker growth path.

Manufacturing in the United States also fell more than expected in December.

The American Petroleum Institute showed U.S. crude oil inventories rose by about 7.6 million barrels in the last week, according to Reuters.

The nationwide price for a gallon of gasoline gained on Thursday to $3.79, according to AAA.

The average price of a gallon of gasoline on Wednesday was $3.359.

Microsoft is cutting 10,000 jobs across the company and cuts include Xbox studios.

According to the Windows Central Newsletter, the cuts include multiple Xbox studios such as Bethesda Games Studios, The Coalition, and 343 Industries.

The overall job losses at Microsoft come to less than 5% of the tech giant’s global workforce.

The bond market is off to a big start with returns reportedly helping fuel an unprecedented debt-sale bonanza by governments and companies around the world of more than half a trillion dollars.

Global bonds have surged 4.1% to start the year, according to Bloomberg.

The forecast for US investment-grade bonds will return 10% this year after their worst performance in half a century in 2022.

That’s more than double their forecast for US junk debt, according to Bloomberg.

Billionaire Elon Musk went after the annual gathering of economic, business and political leaders in a tweet. “WEF is increasingly becoming an unelected world government that the people never asked for and don’t want.”

Cryptocurrency prices for Bitcoin, Ethereum and Dogecoin higher on Thursday

Bitcoin was trading around $20,000, after snapping a 14-day winning streak.

For the week, Bitcoin has gained 15%.

For the month, the cryptocurrency has gained more than 25%, but is down more than 50% in the past year.

Ethereum was trading around $1,500, after gaining 9% in the past week.

Dogecoin was trading at 8 cents, after gaining 3% in the past week.