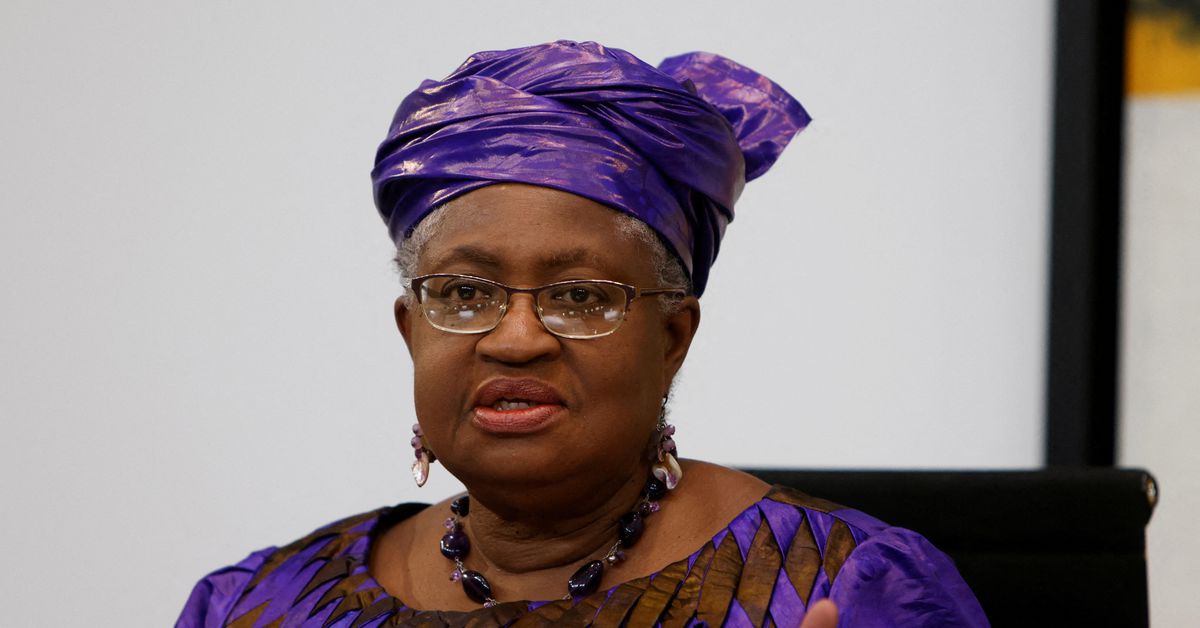 Davos, SWITZERLAND Jan 20 (Reuters) – The head of the World Trade Organization (WTO) said on Friday it was sticking with its 1% projection for global trade growth in 2023 – for now.

Director general Ngozi Okonjo-Iweala said the WTO was not revising down its projection. The next assessment will be in April, she said.

World trade is thought likely to have lost momentum in the second half of 2022 and to remain subdued in 2023 as multiple shocks weigh on the global economy.

In October, WTO economists predicted a 1% increase in global merchandise trade volumes for 2023, down sharply from the previous estimate of 3.4%.