The Dow Jones Industrial Average could perhaps be nicknamed the “Down Jones” after its performance last year. The blue chip index fell nearly 8.8%, the third-worst decline so far in the 21st century.

Investors are certainly hoping that better days lie ahead. But will the Dow Jones recover in 2023? Here’s what history shows. 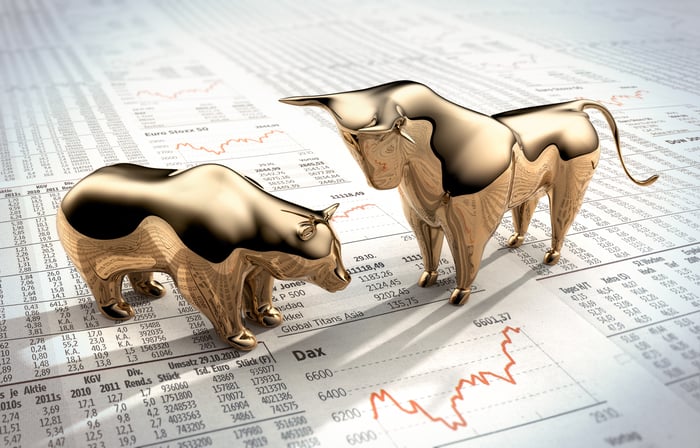 The past doesn’t dictate the future. However, there certainly are lessons to be learned by looking back. And there’s some good news for investors: The history of the Dow Jones reveals an encouraging pattern after declines like the one experienced in 2022.

Charles Dow, the founder of Dow Jones & Company and editor of The Wall Street Journal, created the Dow Jones Industrial Average in 1896. The following table shows how the index performed in the year following a decline of 8.8% or more since its inception.

In its entire 126-year history, the Dow has fallen by as much as it did in 2022 only 24 other times. And the index declined in the following year only seven times. Investors will no doubt like their odds with the Dow gaining in 70% of all years following a 2022-level or worse decline.

There’s also good news with the magnitude of the subsequent gains. The average return for the Dow Jones Industrial Average in years after a decline of at least 8.8% is 16.7%.

The first major Dow Jones decline with a drop in the subsequent year occurred in 1913. But the Federal Reserve Board wasn’t established until Dec. 23 of that year. It’s a waste of time to compare how the market performed before the central bank was created versus after the Fed began to flex its power.

The next three cases where the Dow fell in the year after a big drop were during the early part of the Great Depression. Even if the U.S. economy enters a recession in 2023, most economists think it will be a relatively mild one.

Next, we have the steep Dow Jones sell-off in 1940. This sell-off occurred near the beginning of World War II. Although there are ongoing military conflicts in the world today (notably including the Russian invasion of Ukraine), it’s fair to say that 2023 doesn’t have a lot in common with 1940 or 1941.

Fast-forward to 1973. OPEC’s oil embargo caused an economic shock for the U.S., with the Dow tumbling then and into the following year. High oil prices also played a role in the back-to-back Dow drops in 1977 and 1978. If inflation continues to rise in 2023, it’s possible that the environment could parallel the ’70s in some ways. However, many experts project that inflation will decline this year rather than move higher.

Our current market and economic situations don’t appear to closely match the previous periods when the Dow Jones fell in the year after a steep decline. And for what it’s worth, most analysts on Wall Street think that stocks will recover at least to some extent in 2023.

However, analysts can be (and often are) wrong. And history doesn’t always repeat itself. The reality is that we won’t know for sure if the Dow Jones will recover until the bell rings at the market close on the last trading day of the year.