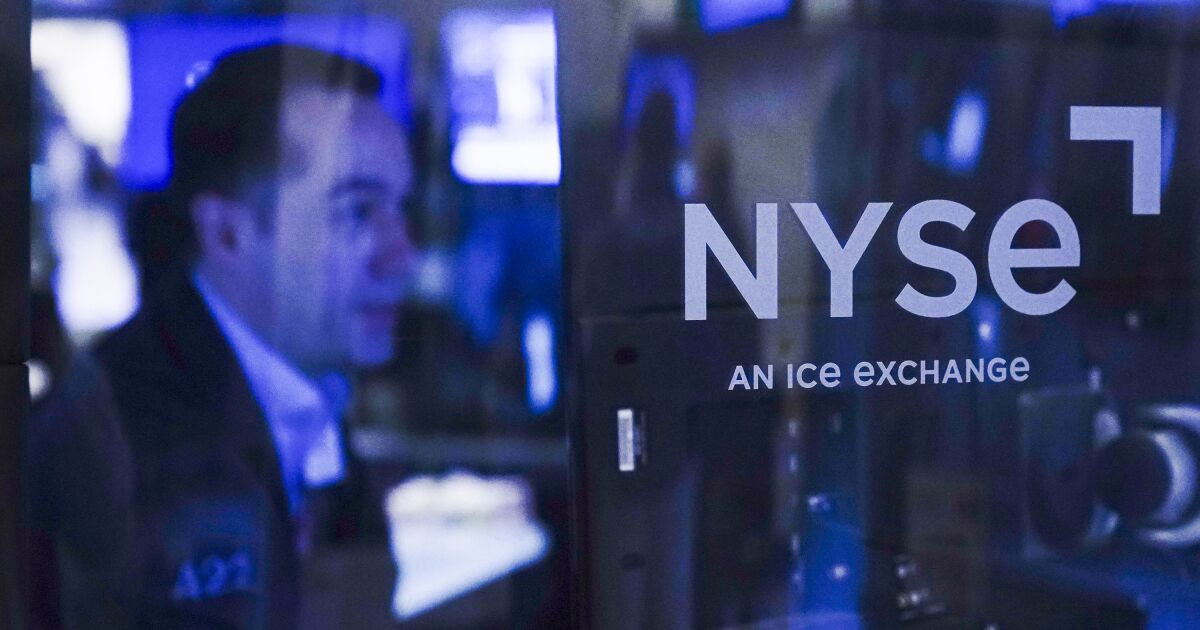 Stock indexes on Wall Street closed mixed Tuesday as investors focus on a busy week of corporate earnings for insight into how much damage inflation is inflicting on the economy.

The Standard & Poor’s 500 index slipped 0.2%, ending a four-day winning streak. The Dow Jones industrial average fell 1.1%, mostly because of a big drop in Goldman Sachs after the investment bank’s results came in far below analysts’ estimates as deal-making dried up.

Gains in technology stocks helped the Nasdaq composite eke out a 0.1% gain, extending the tech-heavy index’s winning streak to a seventh day.

The mixed start to the holiday-shortened week follows a solid start to the year for Wall Street after a dismal 2022. The broader market is coming off its best week in two months, but investor sentiment could quickly turn as companies report their results for the October-to-December quarter.

Analysts expect companies in the S&P 500 to report a drop in profits for the fourth quarter from a year earlier. That would mark the first such decline since 2020, when the pandemic was crushing the economy.

“We haven’t gotten much forward guidance from companies for the coming year yet, and that’s really what we’ll be focused on,” said Bill Merz, head of capital market research at U.S. Bank Wealth Management. “And it may be that forward guidance continues to be light in terms of content because companies simply don’t know.”

Several banks reported encouraging financial results last week, but also said a mild recession is likely on the horizon for the U.S. economy. Among the companies reporting their latest results this week: Netflix, M&T Bank and Procter & Gamble.

Big communications companies, healthcare stocks and industrial firms were among the biggest weights on the market. Netflix fell 2%, Pfizer dropped 3.7% and Emerson Electric slid 6.8% for the biggest decline among S&P 500 stocks.

Bond yields remained relatively stable. The yield on the 10-year Treasury rose to 3.54% from 3.5% late Friday. Bond and stock markets were closed in the U.S. for Martin Luther King Jr. Day on Monday.

Inflation and how the Federal Reserve will continue its fight against high prices remain the big concerns for investors as they review earnings results and corporate statements.

Wall Street will get another inflation update Wednesday, when the government issues its December report on inflation at the wholesale level, which tracks prices before they are passed on to consumers. The government will also release retail sales data for December, which could give investors more insight into how inflation continues to affect consumer spending.

Inflation at the consumer level has been easing for six straight months, and that has given investors more hope that the Fed could soon consider softening its policy on interest rates. The central bank, though, has so far been adamant that it plans to continue raising rates this year and that it sees no rate cuts until 2024 at the earliest.

The central bank has raised its key overnight rate to a range of 4.25% to 4.50% from roughly zero a year ago. The Fed will announce its next decision on interest rates Feb. 1. Investors are largely forecasting a raise of just 0.25 percentage points next month, down from December’s half-point hike and from four prior increases of 0.75 percentage points.