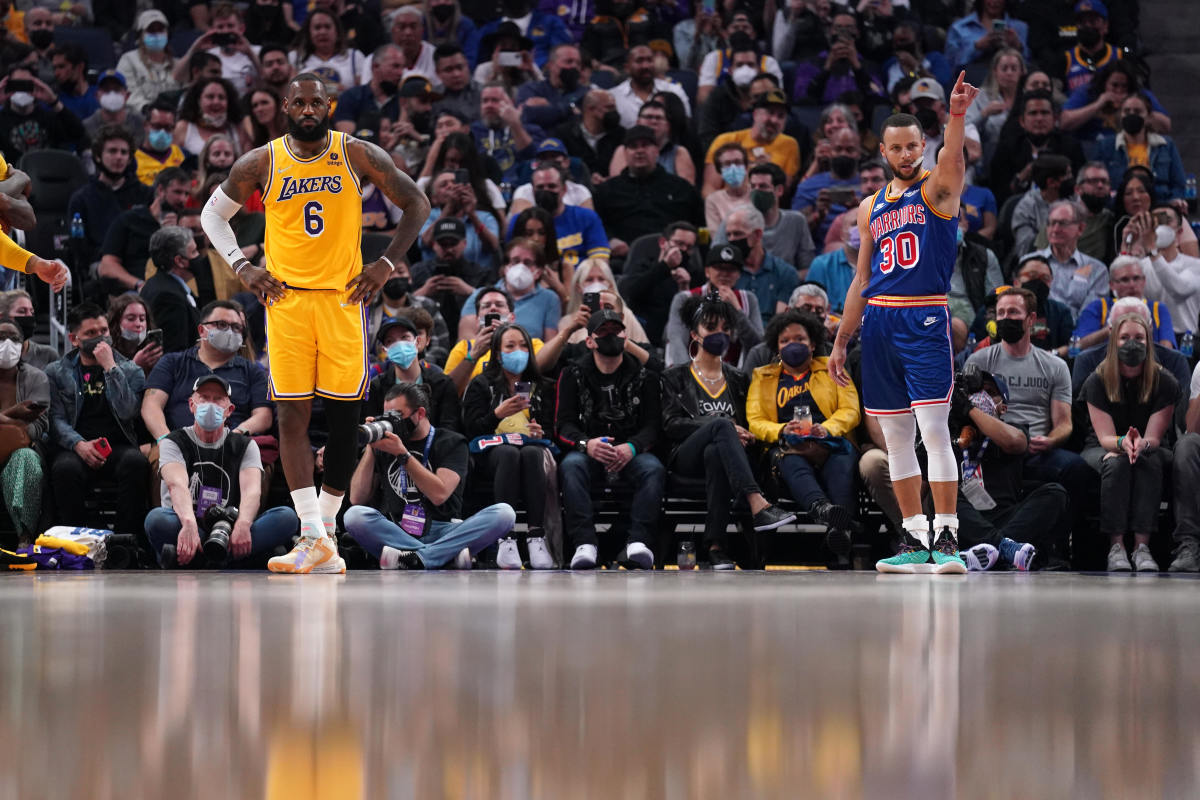 Los Angeles Lakers star LeBron James cannot be traded this season, but there are some who believe he could seek a departure as early as this summer. The Lakers have begun turning things around as of late, but still sitting at the 12th seed, Los Angeles is on the outside of the play-in picture.

If the Lakers failed to make the playoffs again, James and the organization may reach a point where a trade is beneficial for both sides. Sean Deveney of Heavy Sports spoke with one Western Conference executive who believes the Golden State Warriors could win a bidding war for James this summer if it came to that

“If there is a bidding war going on at some point, the Warriors are in a great position because they can give you the young guys—[James] Wiseman or [Jonathan] Kuminga or [Moses] Moody, or [Pat] Baldwin, whoever the Lakers want,” the executive reportedly told Deveney. “But you have to add either [Jordan] Poole or [Andrew] Wiggins, and that’s not easy. But if they want to win now, you can give up Poole if you are getting back LeBron, right? If they keep Draymond [Green] and come back with Steph [Curry], Klay Thompson, Draymond [Green] and LeBron, that would be a fun, fun team to watch.”

In a unique spot themselves, it is hard to imagine the Warriors gutting their entire future for the last years of LeBron’s career, but it is a fascinating scenario to imagine. According to Deveney, one executive believes Golden State has the assets to make it possible.

Kevin Durant Reveals Why He ‘Hated’ Warriors Winning Championship Without Him