As per the prior analysis, AUD/USD Price Analysis: Distribution could be playing out into US CPI critical event, a thesis for the downside was illustrated leading up to the US Consumer Price Index event for a three-day set-up that had the downside-eyed should the bears crack the critical 0.68070 support structure and DXY move through key 103.00 and on to test the 103.50 equal highs.

It was stated that a move higher in the greenback would cement the bearish themes for a run towards 0.6750: 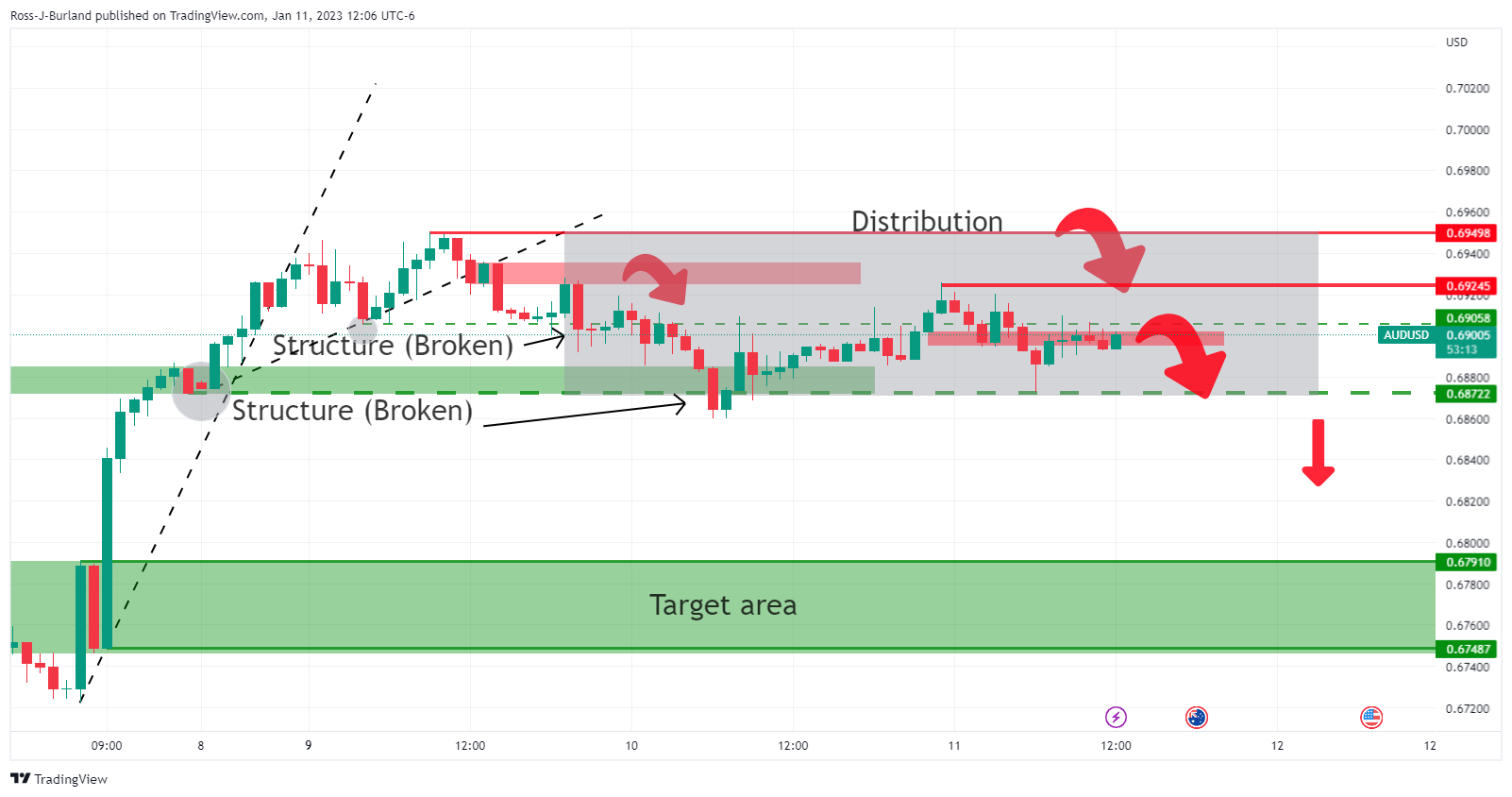 However, it was also warned that while the US Dollar’s decline had been decelerating after moving to the backside of the bearish trendline, while below 105.31, the dominant bias was bearish:

The question now is whether or not what we are seeing is a bearish continuation in the greenback and bullish in AUD, or, from a technical perspective and applying the Wycoff / smart money concepts onto the charts, if this move today is the ‘spring’ and part of a wider schematic.

Looking at the AUD/USD schematic, while there is scope for a test of 0.7000, a valid case for the downside can also be made given the net length in the market vs.shorts. A pairing back of in-the-money-longs could be envisaged resulting in a retest to the trendline support as follows:

If this were the case, then the CPI volatility could be argued as being the spring of the distribution schematic:

The trapped higher time frame breakout traders would be squeezed, forced to cut positions and adding to a fast capitulation of the bulls and leading to a downside breakout below 0.6870 key structure.

Such a move could even see a continuation towards last week’s lows: