Over the last 12 months, shares of electric vehicle (EV) maker Tesla (TSLA 3.68%) have lost 66% of their value. There are many possible reasons for this decline, including rising rates, slowing sales in China, or even Chief Executive Officer Elon Musk’s decision to buy social media company Twitter.

But at the end of the day, the market has finally decided to give Tesla a reasonable valuation that allows long-term investors to bet on its fundamentals. Here are three reasons it might be time to buy.

Keep the crash in perspective

The growth-heavy Nasdaq Composite is down almost 30% over the last 12 months, so this is far from Tesla’s problem alone. That said, Tesla isn’t out of the woods. While 2022 deliveries surged 40% year over year to a record 1.31 million, this was 200,000 vehicles short of analyst expectations. Also, price discounts in the U.S. and China fuel fear that demand is softening.

But like many industries, the automotive industry is cyclical. Inflation and rising rates make it harder for consumers to afford car payments. And Musk has said he believes China is in a “recession of sorts” as a housing market slump erodes consumer purchasing power. The good news is that these macroeconomic headwinds are generally transitory and say little about Tesla’s ability to achieve its long-term goals.

The long-term thesis is still intact

Investors shouldn’t buy Tesla because of where they think it will be this year or next year. As a fast-growing disruptor, the more interesting story will play out 10 or even 20 years into the future. According to analysts at Bloomberg, at least two-thirds of global car sales will be of electric cars by 2040 thanks to government policy and improving battery technology. 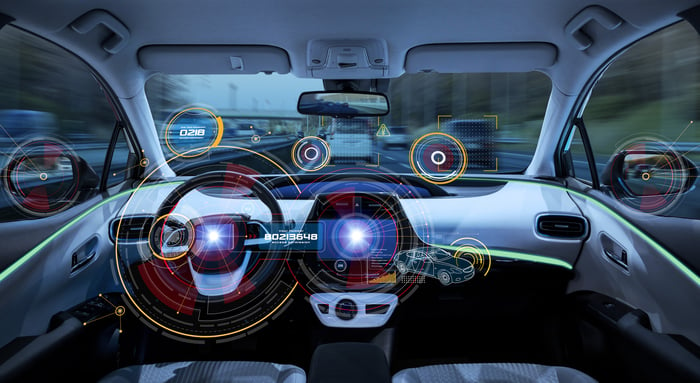 Unlike legacy automakers, this total addressable market represents a pure growth opportunity for Tesla. The company is all-electric. So EV sales won’t cannibalize its existing external combustion sales. Further, Tesla’s niche focus on EVs allows it to build a lasting competitive moat through brand recognition and infrastructure buildouts such as charging networks. Management is optimistic, expecting vehicle delivery growth to average 50% annually over a multiyear horizon.

With a forward price-to-earnings (P/E) ratio of just 23, Tesla stock is remarkably cheap, considering its rapid growth rate and catalysts for continued success. To put that number in perspective, grocery retailer Walmart trades for the same bottom-line multiple despite operating in a mature and low-growth industry. While Tesla still boasts a premium over other automakers like General Motors, which trades for 6 times its earnings, this can be explained by Tesla’s ability to expand its EV business without cannibalizing its existing operations. And it’s hard to see the shares staying this cheap for long.